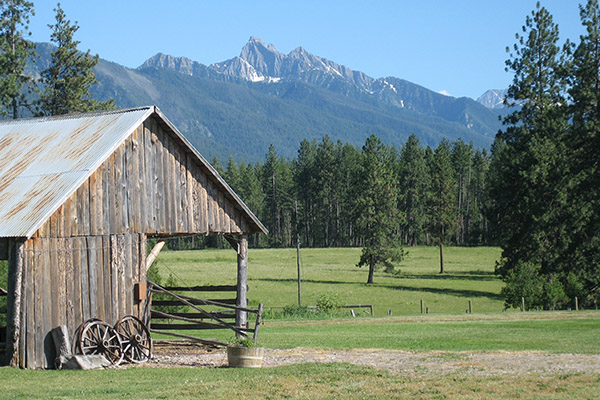 Prairie dogs, Gophers, and ground squirrels can cause production losses of 20-50 percent in pastures and alfalfa. Equipment breakdowns and dirt-contaminated hay cause huge economic losses to the farmer. Trees and vines girdled and killed by gophers can destroy the economic viability of an orchard or vineyard. The PERC (Pressurized Exhaust Rodent Controller) is a new, environmentally friendly, cost-effective system for significantly reducing burrowing rodent populations on large acreage farms. Residential homeowners, as well as landscape professionals, will appreciate the noninvasive control PERC provides.

Prairie dog populations tend to grow exponentially when left uncontrolled.  They will denude the land where they build their burrow mounds which can lead to erosion and weed infestations. The PERC system can help you control the issue.

For optimum treatment each burrow showing activity should be treated. Treatment time per burrow is approximately 5 minutes.  Dirt is shoveled into the burrow opening during treatment to ensure the carbon-monoxide is pushed into the burrow system and it marks the burrows that have been treated.

Three species of prairie dogs are found in Colorado.

Prairie dogs are relatively large burrowing ground squirrels that weigh 1-1/2 to 3 pounds and are 14 to 17 inches long. Prairie dogs have reddish fur, large eyes, short ears, and broad round heads.

Prairie dogs from colonies arecommonly referred to as prairie dog towns. Small groups, generally composed of one adult male, three adult females, and six offspring, defend their territory within the larger town. They live in burrows about 10 yards apart, 3 to 14 feet deep, and 10 to more than 100 feet long. A mound 3 to 10 feet across and 1/2 to 1 foot high at the entrance of the burrow prevents water from rushing in and serves as a lookout station. A density of 35 black-tailed prairie dog mounds per acre is common, although up to 95 mounds have been reported. Burrow systems have one to three entrances. Black-tailed prairie dog numbers vary from about five per acre in late winter to 20 per acre after the birth of pups in spring. Spring densities can be as high as 35 per acre.

Prairie dogs are active only during the day. White-tailed and Gunnison's prairie dogs hibernate from about October to March, depending on elevation. Black-tailed prairie dogs do not hibernate but will stay below ground for several days during cold, cloudy weather. They have one litter of three to eight young per year in March or April. The gestation period is 28 to 34 days. Pups venture above ground when they are five to six weeks old. Most prairie dogs travel two miles, but a few migrate up to six miles.

Prairie dogs are hosts for fleas, making them susceptible to bubonic plague. Plague is transmitted to humans via flea bites. Early symptoms of plague include swollen and tender lymph nodes, chills, and fever. Early diagnosis and treatment are imperative. When walking through suspected plague areas, apply an insect repellent to socks and pant cuffs before tucking pants inside boots.

Information about Moles and Voles